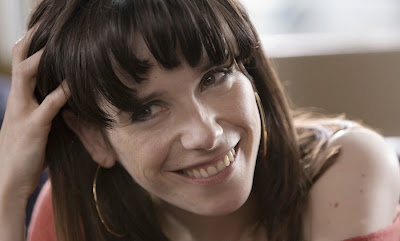 It’s not often we’re graced with a cinematic performance as incandescent as Sally Hawkins’ turn as chipper elementary school teacher Poppy in Mike Leigh’s Happy-Go-Lucky. In a sense, Poppy is like the slightly better adjusted younger sister of The Office’s David Brent; her primary goal in life is (presumably) to put a smile on a person’s face, even if it’s dishing out bawdy quips at a moment’s notice. The grave difference between Poppy and David Brent is that Poppy’s jovial disposition isn’t a mask for, really, anything, especially not for Brent’s secret self-loathing and transparent insecurity (certainly the reason she comes off as charming as opposed to depressing). In terms of the film though, a character like Poppy is a challenging figure for a director to wrap a film around. On paper, she could border on cartoonish and one-dimensional, but Leigh, even if I’m not always a fan of his work, is an extremely clever filmmaker… and Hawkins a brilliant actress. 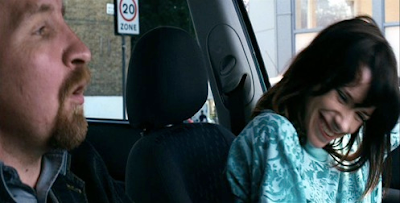 Leigh and Hawkins’ synthesis shapes Happy-Go-Lucky into a jewel of many facets. Happy-Go-Lucky isn’t really as its title suggests, nor is the title used for cheap irony. The film becomes genuinely bittersweet as it transpires, revealing crucial layers of initially benign circumstances in Poppy’s life. When making masks of birds out of paper bags with her students shifts to suspicions that one of her kids is being abused and the comical personality clash with her driving instructor (an incredible Eddie Marsan) leads to grievous confrontations, Poppy must address a number of harsh truths that simple optimism can’t mend. In Happy-Go-Lucky, we find the rare film where its protagonist sees the joys in life with authenticity, never defeated by life’s inevitable strife, and on top of that, what a pleasant relief to see a film about an over-30 single woman who likes to party, that doesn’t debase her by transforming her into a man-hating, baby-craving sociopath! With Hawkins’ extraordinary performance and Leigh’s adeptness at storytelling, Happy-Go-Lucky flourishes in its simple luxury. 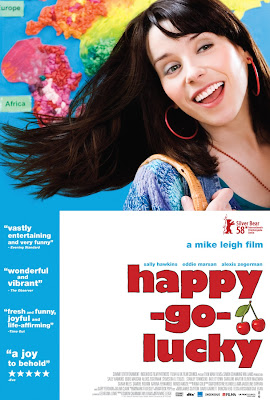