When Will I Be Loved – dir. James Toback

If I were to guess which film on The Decade List would be scorned the most, it’d have to be James Toback’s When Will I Be Loved. I’ve never heard or read anyone casually dismiss the film; vicious abhorrence colored the (many) pans it received from what few critics and audiences actually watched the thing. Like Abel Ferrara, a fellow NYC filmmaker with the uncanny ability to sharply divide his audience, Toback has a strange and distinctive idea of what America is and what values it holds. When Will I Be Loved is a very unofficial continuation of the director’s Black & White, set in a world filled with generally unlikable souls with overactive libidos who have run-ins with an unlikely lot of celebrities.

While situated in a homogeneous world, When Will I Be Loved feels more like an overhead tale that might have happened to someone one of the characters in Black & White knows. It’s Toback’s fucked-up version of fairy tale, in which a petty conman (Fred Weller) arranges for a reenactment of Indecent Proposal, prostituting his girlfriend, a sexually adventurous heiress of some sort (Neve Campbell), to an aging Italian media giant (Dominic Chianese) for a six-figure sum. Toback and Campbell’s Vera are wiser than anyone involved with Indecent Proposal, so instead of blasé marital guilt, we’re treated with a premeditated act of revenge.

Though I can see what turned so many people off When Will I Be Loved (the sleaziness, the meandering, chatty walks through the city, the absence of a single “likeable” character), something about the film just pops for me. Maybe it’s the oversaturated color scheme, Neve Campbell’s surprising transformation into an interesting actor, or possibly my liking of it is for the very reasons most people don’t.

One of Toback’s greatest charms in his fantasy film worlds is the wonderfully oddball cast he acquires. Take Exposed (where you get Nastassja Kinski, Harvey Keitel, Bibi Andersson, Pierre Clémenti and Rudolf Nureyev) or Black & White (where Claudia Schiffer, Robert Downey Jr., Mike Tyson, Marla Maples, Method Man, Brooke Shields, Ben Stiller, Bijou Phillips and Joe Pantoliano cohabitate), both of which provide messy delights in their casting alone. When Will I Be Loved isn’t as expansive as those two, but we still get to see Neve Campbell stop to flirt with Lori Singer, playing herself, while in the park, just after running into Mike Tyson, claiming to be a man named Buck who “doesn’t give a fuck,” yelling at someone on the street. Karen Allen is also pretty memorable in her small appearance as Vera’s mother. Proceed with caution, but thank me later if you happen to be among the happy few. 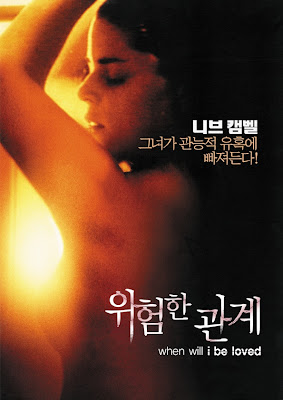